Phil Am Kusina- Business Advisor Joseph Bottega with his client, Phil Am Kusina, a family- owned restaurant located on the North Shore of Staten Island.

SI SBDC Director Dean Balsamini met with Congressman Dan Donovan on October 15th at the SI South Shore Rotary Club. Rep. Donovan gave a presentation regarding the economic conditions on Staten Island and the current conditions on Capitol Hill. Congressman Dan Donovan provided an informative perspective on both the domestic and global matters regarding the political and economic conditions facing the US.

On Tuesday, October 20th SI SBDC Director Dean Balsamini, Senior Certified Business Advisors George Telmany and Edward Piszko, and SBA Representative Tom Rosado visited our client, the Sandy Hook Pilots Association. Reconstruction of their destroyed building from Hurricane Sandy is moving forward and brings resiliency to the Staten Island and NYC maritime industry. The building is scheduled for completion in the winter of 2016.

SBDC Clients in the News

We Rock the Spectrum Children’s Gym:

S.I.’s first special needs gym: ‘Where you never have to say you’re sorry’

Stay up to date with news, tips, and event information!

Join our email list to receive timely newsletters and updates.

Welcome 2021! As we step into the new year, here are some of the latest updates announced over the last... 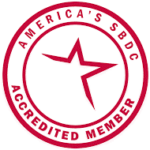 Partnership Program with the SBA, administered by the State University of New York. Funded in part through a Cooperative Agreement with the U.S. Small Business Administration.  All opinions,conclusions or recommendations expressed are those of the author(s) and do not necessarily reflect the views of the SBA. All SBA funded programs are extended to the public on a nondiscriminatory basis. Language assistance services are available for limited English proficient individuals.